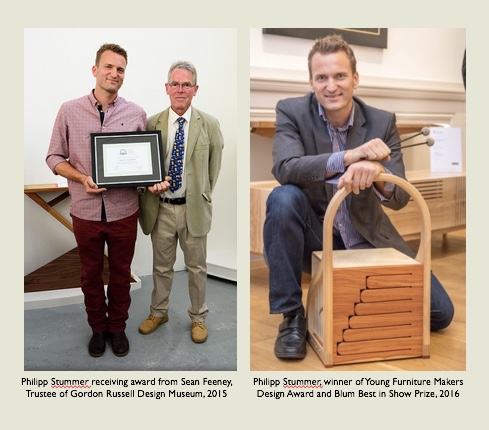 Winner of the inaugural GRDM award to the most outstanding furniture student at Royal Leamington Spa College was presented to Philipp Stummer by GR Trustee and furniture designer in 2015.  The following year he won the Young Furniture Makers Design Award and the Blum Best in Show Prize, awarded by The Furniture Makers’ Company.  He has now set up as an independent designer http://www.earthwoodcrafts.com/

We use cookies to ensure that we give you the best experience on our website. If you continue to use this site we will assume that you are happy with it.OkNoPrivacy policy