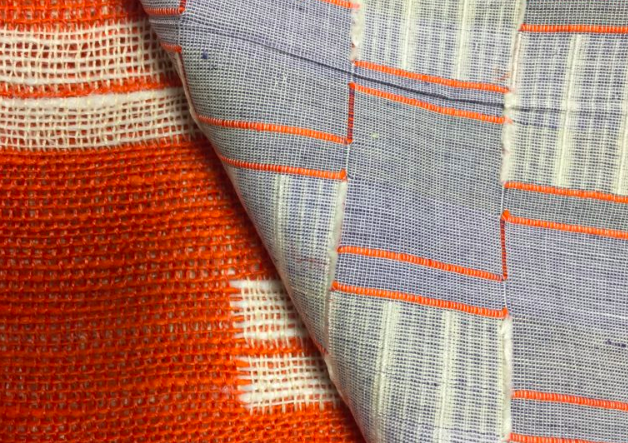 Arriving in Bradford in 1932 to study power weaving, Swiss-born Marianne Straub (1909-1994) was to become one of Britain’s most influential designer/weavers. This talk is a chance to glimpse the creative output of a handweaver committed to well-made mass-produced textiles, one who remained active until her return to Switzerland in 1992.

Her biographer, Mary Schoeser, introduces the range of her work, including the cloths she designed for Gordon Russell Ltd. Some, such as the Welsh tweeds first produced in the mid-1930s, remained favourites among the clients of the firm for over two decades, and Dick Russell is also known to have used them in his own home.

Joining Warner & Sons in 1950, she soon took up residence in Great Bardfield, Essex (where her immediate neighbours were Edward and Charlotte Bawden) and began teaching, latterly at the Royal College of Art. Among her freelance designs were those she produced for London Underground, including one remaining in use on the Piccadilly Line until recently. An example of this, together with a small selection of other Straub cloths, will be available to examine on the evening.

Our speaker MARY SCHOESER has been a predominantly freelance historian since 1991.   Mary Schoeser MA FRSA has written diverse publications (26 books, over 50 essays in books and over 120 shorter pieces), which include Textiles: A concise history (T&H: 2003), Silk  (Yale University Press, 2007), and Textiles: The art of mankind (Thames & Hudson, 2012 and 2013). For nine years in the 1980s the Archivist for Warner & Sons, there she was introduced to Marianne Straub, co-creating a book and exhibition on her life’s work in 1984. From 1991 a consultant archivist to numerous firms, her knowledge of British manufacturers extends to a sound understanding of textile and wallpaper production itself. This has facilitated restoration work with English Heritage, the National Trust and other historic property owners and also informed 36 curatorial projects, most recently a Designers Guild exhibition for the Fashion & Textile Museum in London. Extensive academic experience included a part-time research position at Central Saint Martins (2000-2011) and receipt in 2016 of an Honorary Senior Research Fellowship from the V&A Museum. President of the Textile Society, she is also Patron of the School of Textiles, Coggeshall (www.schooloftextiles.co.uk).